Today is Wednesday and I’m pleased to have Lucie Ulrich join us with her latest release, The Rose Ring. This is one of my favorite kind of stories – unrequited love, family secrets. Take a moment to read the blurb about The Rose Ring, and then we’ll ask Lucie what inspired the book and what her writing process is like.

With a will that reads like a piece of fiction, the return of his long-lost brother, and the possibility of losing the family ranch, Micah Cooper calls on high school friend, Sky Baxter, to bail him out of a bad situation.

Though her brain tells her no, Sky’s heart says yes. She accepts Micah’s in-name-only proposal, knowing it’s unlikely anything permanent will come of it. She’s been in love with him since the ninth grade, and if he hasn’t figured it out by now, there’s little chance he ever will.

When an unexpected kiss ignites a spark, giving Micah hope for a possible future with Sky, a tragic accident threatens to take it all away. Torn between following his heart, doing the right thing, and forgiving the past, Micah is lost in a whirlwind of pain and emotions. Will he make it through the next two years, or will a long-kept family secret be the undoing of the Cooper family? (or… be the undoing of all of them?)

CL:  Tell us what sparked the idea for The Rose Ring.
LU:  The Rose Ring that was published was not my original story. Both contain a marriage of convenience, which was the spark that ignited the story, but the original was set in New York City, and the bride and groom did not know one another. I wrote the entire novel, then set it aside for another (Broken Vessels – my first published work). When I returned to it, I wanted a more “homey” feel, so I switched the setting to Montana and made rivals of two brothers as opposed to husband and wife. For as much as I loved the first version, I feel the published version makes for a more intriguing story.
CL:  Tell us a little bit about your writing process. Do you outline before you begin to write or are you a pantster?
LU:  There are times I wish I outlined, but I’ve never been one to do that. I’m a definite pantster. My stories are very character-driven, and I need to give said characters full reign. Now, I obviously have a beginning and end in my mind before I write, but I love that the end doesn’t always turn out the way I originally planned. For that reason, I tend to write from beginning to end. It’s a rare occurrence for me to write a chapter out of sequence.
CL:  What was the most difficult part of writing The Rose Ring?
LU:  I suppose the fact that I completely rewrote the story might be considered the hardest part, but actually it wasn’t. In any story, it’s important to me that the characters are real. I’ve been told that dialogue is one of my strong suits, and I have to admit that I’m a bit of a dialogue queen—simply meaning I write a lot of it. Not only in The Rose Ring, but in anything I write, I struggle with inner monologue and setting/description. It takes a great deal of time and effort for me to make things visual enough for the reader. I’m not a visual reader in that I don’t care for long, detailed accounts of the weather, what a person is wearing, the scenery, etc., but I know that isn’t the case for all readers. So for me, it’s managing to incorporate just enough detail or inner thoughts for the story’s sake, while allowing me to get back to the dialogue. lol!
CL:  Tell us a little bit about your journey to becoming a published author.
LU:  When I was younger, I wasn’t much of a reader, so the thought of being a writer never crossed my mind. It wasn’t until I was in my early forty’s when I’d gotten involved with the drama team at our church, that I suddenly decided I wanted to write skits for us to perform. I went from skits to plays, then to becoming the performing arts director as a small Christian school. During those years, I got the idea to attempt a novel. I penned the beginning of my first novel while sitting under a tree in Holland. After writing a number of books, none of which were seen by more than a few friends, I joined Critique Circle, an online critiquing site. There, I met and made many friends, and learned more about the writing process than I ever thought possible. I don’t post much these days, but I still have many good friends. My first novel was posted through an online site that caters to new Christian writers, looking to sell their books. There was a minimal fee, but the book was made available to numerous publishers, which eliminated sending out dozens of queries. Though not picked up the first time, Broken Vessels did find a home the second time around, and at the age of 57, my first book was published.
CL:  What advice would you offer aspiring writers on the writing business?
LU:  I’m probably the worst person in the world to ask about the business end of publishing. I’m still learning how important blogs, Facebook, Twitter, and other social media sites are to getting the word out. I’m envious (in a good way) of those who know how to reach out to fans and form alliances with known bloggers. There is a fine line between publicizing your work and shoving it down people’s throats. I probably don’t publicize enough, but like I said, I’m still learning.
CL:  Any special tips for writers who are juggling writing with raising a family, working a day job or just everyday life in general?
LU:  Since I started writing later in life, having to deal with small children wasn’t a problem. I home schooled for many years, but when my son went to high school, I became a substitute teacher at his school. I was never without a pad and pen, and later, a laptop. I used every spare minute of my time to write. If it’s in a person to write, they’ll find a way, even if it’s just a line or two at a time, or jotting down a story idea. Getting up early and going to bed late become part of a writer’s life. 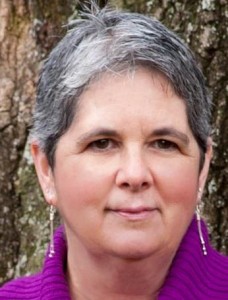 Lucie Ulrich took her time becoming a writer. Not much of a reader as a child, writing was of no interest to her–until she joined a church drama team. The desire to write a skit, and not simply act out someone else’s was so strong, that once she started, she couldn’t seem to stop. That first skit led to her becoming the drama team director, then eventually, the performing arts director at a small Christian school.
Lucie’s first novel was penned under a tree in a field in Holland. Though her first, second, and third attempts never saw the light of day, parts of each of them became the foundation for “Broken Vessels,” her first published work.

No longer involved with the performing arts, Lucie enjoys going on photo shoots with her husband, and taking long (or short) road trips. She hopes to find inspiration as she and her husband explore the four corners of the United States.

Connect with Lucie Ulrich at:

You can buy The Rose Ring from these online retailers: