Today is Wednesday, and I’m pleased to have Rachel Carter join us with her debut release, The Black Mage. I’m slowly making my way back to reading in the YA genre after finding such great stories recently. I’m also expanding my reading tastes, and so this fantasy YA looks like a perfect choice for me. Dig in to the blurb about The Black Mage, and then we’ll talk to Rachel about what inspired the book and what her writing process is like.

Before the age of seventeen the young men and women of Jerar are given a choice –follow tradition, or pursue a trial year in one of the realm’s three war schools to study as a soldier, knight or mage…

For 15-year-old Ryiah the choice has always been easy. Become a warrior and leave the boring confines of her lowborn life behind. Set to enroll in the School of Knighthood on the eve of her next birthday, plans suddenly shift when her twin brother discovers powers. Hoping that hers will soon follow, she enrolls with Alex at the Academy instead –the realm’s most notorious war school for those with magic.

Yet when she arrives Ry finds herself competing against friend and foe for one of the exalted apprenticeships. Every “first-year” is given a trial year to prove their worth –and no amount of hard work and drive will guarantee them a spot. It seems like everyone is rooting for her to fail –and first and foremost among them Prince Darren, the school prodigy who has done nothing but make life miserable since she arrived.

When an accidental encounter leads Ryiah and Darren to an unlikely friendship she is convinced nothing good will come of it. But the lines become blurred when she begins to improve –and soon she is a key competitor for the faction of Combat… Still, nothing is ever as it seems –and when the world comes crashing down around her, Ry is forced to place faith in the one thing she can believe in –herself. Will it be enough?

CL:  Tell us what sparked the idea for your new release, The Black Mage?

RC:  There were many things that sparked the idea for this series that I’ve had rolling around my head for quite some time (we are talking 7th grade, people!), but I think it comes down to my fascination with the whole love-hate thing. I’ve always been a fan of rivalries. Normal life is so dull, and it’s not really healthy to spend every day arguing with your significant other, but I think in a book it works. We read to escape monotony and I wrote what I wanted to read: a headstrong girl protagonist competing against an arrogant prince. She can’t stand him, but she’s attracted to him anyway, and for me that’s my favorite type of romance. This is a four-book series so obviously there’s a whole lot more for Darren and Ryiah, but let me promise you the rivalry will not end in book one.

CL:  Tell us a little bit about your writing process. Do you outline before you begin to write or are you a pantster?

RC:  Hmmm… Well that’s hard… Some of the best scenes come organically, but I tend to outline like crazy. I’m a Virgo so my OCD-tendencies took over this series. I have every single book plotted out and even the scenes I want for each chapter. Now that’s not to say things change as I write them, but they start off with a very detailed plan.

CL:  What was the most difficult part of writing The Black Mage?

RC:  The most difficult thing was my bad habit of info dumping. I had to rewrite the beginning probably fifteen times. I’d never written a book before so it was a good learning process, but definitely aggravating because you fall in love with what you write and then you end up cutting it anyway.

CL:   Tell us a little bit about your journey to becoming a published author.

RC:   I had a full-time job I hated and I had just graduated UC Davis with an English degree I wasn’t using so I decided to write at home to escape the depression I felt from a job that made me miserable. I wrote about 35k (just under half the book) and then took a part-time job so I could have more time to write. I finished the second half of the book in 3 months and then spent Sept 2013-Jan 2014 rewriting, editing, querying agents, applying feedback, and then got three offers from small presses. I chose Astraea because the company was really reputable the owner Stephanie really seemed to care about her authors. After that it’s been a whirlwind of edits and writing book two. I feel like I’ve learned so much. The high you get from doing something you love cannot be understated.

CL:   What advice would you offer aspiring writers on the writing business?

RC:   If you are like me and you choose to write fantasy do NOT background dump. Study your favorite authors and see how they introduce complex storylines/world info. Your readers are smart. Do not try and give them all the info at once.

CL:   Any special tips for writers who are juggling writing with raising a family, working a day job or just everyday life in general?

RC:   Find a way to do what you love. Understand that to do it you will have to make sacrifices. I gave up a good salary and my car, my fiancé’s and my budget is really tight now, but we make it work anyway. I always thought $ was everything. But when I had it I wasn’t happy. Now I am. If you are really passionate about your writing, you will find a way. There is always a way. You just need to be open to change. 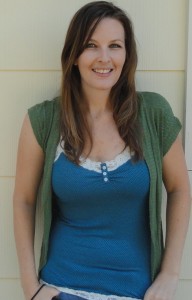 Rachel Carter lives in Placerville, California with her fiancé  and their two spoiled pets: a feisty  feline named Charlie, and Zoey, an Australian Shepherd who gets jealous of her own shadow. She  loves to organize –and when she is not color-coding her closet she is always looking for the next  good book. She grew up reading about magic, hot bad boys, and lady knights. The Black Mage, her  debut series, is a tribute to all the things she never stopped loving.

The Black Mage: First Year is the first book in Rachel’s four-book YA fantasy series with Astraea  Press. Rachel invites you to visit her author page at www.facebook.com/theblackmageauthor.  She  loves to hear from other aspiring authors or readers via email at rachelcarterauthor@gmail.com.  Follow her on twitter at  https://twitter.com/BlackMageAuthor  and read her blog at  http://theblackmagegirl.wordpress.com.

You can purchase The Black Mage from these retailers:

Much thanks to Rachel Carter for stopping by! We’ll be looking forward to Book 2 in this series!