It’s been some time, but Small Town Saturday is making a return. So, let me get this fun day on the blog started with pictures from the Apples & Arts Festival that took place two weeks ago at the Conklin House. Let me start with a little history about the Conklin House.

In its early history Babylon was a farm community of sorts. Originally known as Sampawams, the native inhabitants.  Huntington farmers drove their ox-drawn wagons down the Sampawams Neck to harvest salt hay to feed their livestock.  But they were only visitors and as such many needed to stay over after the long journey.  They were able to find lodging in the various taverns and inns that had sprung up along the south shore.  The permanent settlers, particularly thos “of means” were industrialists attracted by the abundant water power from the streams and lakes in the area.

The first mills in Babylon were at both ends of the Village, now called Hawley’s Pond and Argyle Lake.  In this area were many saw mills, flour mills, grist mills, paper and cloth mills, plus a tannery operated by Nathaniel Conklin on East Main Street.

Nathaniel Conklin played a principal role in the early development of Babylon Village.  He was one of the largest landowners, perhaps the largest.   One of the early industrialists, he owned and operated a successful tannery.

Nat Conklin had lived well, even graciously with his family in Dix Hills.  His mother, a religious woman, had heard unsettling tales about the settlement and its many taverns.  Likening the town to the ancient city of Babylon, she would feel no better when she learned that their family would share the corner of the present Deer Park Avenue and Main Street with the American Hotel and Tavern.  As legend would have it,  Nathaniel Conklin named the area New Babylon.  The name caught on but it wasn’t until 1830 that the post office officially changed the name from Huntington South to Babylon.

By 1815, the house went through several changes of owners.  The Conklin House was moved from Main Street to its present location in 1871, the site of the Washington Hotel complex operated by the owner, John Lux.

These were heady days for Babylon as it was the vacation place for New York City, the jumping-off place for Fire Island beaches.  Hotels dotted the landscape – the Washington, The American, the Sampawams, the Watson House, the Sherman House and the LaGrange.  But by 1882 after a new owner and a mortgage default, the house went into a long decline and perhaps even remained empty for many years.  It wasn’t until 1915 that the house was taken over by Mary Mentz who operated it as a boarding house for many years.  Some of the residents were salesmen who came to town on the newly established Long Island Railroad and others were construction workers, building Sunrise Highway.

In 1945 , descendents of the Sammis family, owners of the now vacant house, deeded it over to the American Red Cross.  It was used by the Red Cross as a headquarters until 1989 when it was going to be sold and possibly demolished.  The Village of Babylon purchased the house and began restoration in 1990.  The home as it stands today is the result of countless hours of research and work and reflects the history of a home and a Village.

– taken from The Village of Babylon see http://www.villageofbabylonny.gov/conklin-house/history

The Apples & Arts Festival gives local artists the opportunity to display their art in whatever medium they work. There were oil paintings, water colors, charcoal drawings, and photography on display inside the Conklin House. Outside on the grounds there were booths set up that sold bags of apples, apple cider, and apple donuts. The children had a great time on the playground and playing games. This is why my heart belongs to Small Town USA – the feeling of community and neighborliness just warms my heart. I hope you enjoy my pictures. Happy Saturday! 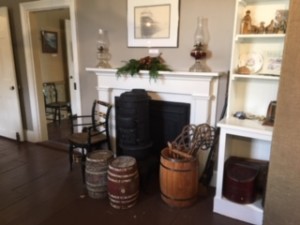 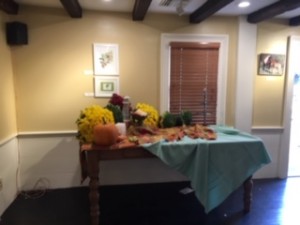 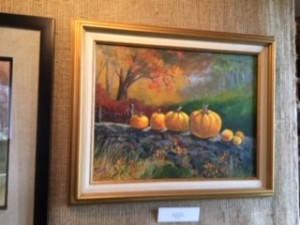 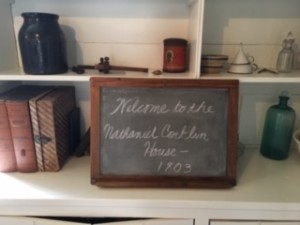 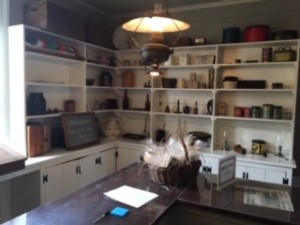 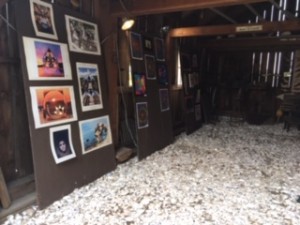